This may come as a shock to many, but rollerblading does not mean inline skating. Rollerblade became a brand in the 1980s. So, when were rollerblades invented?

The idea of rollerblading was there before roller skates and inline skates were created by a Dutch person in the 1700s who attached wooden strips and spools and nailed them to his shoes. 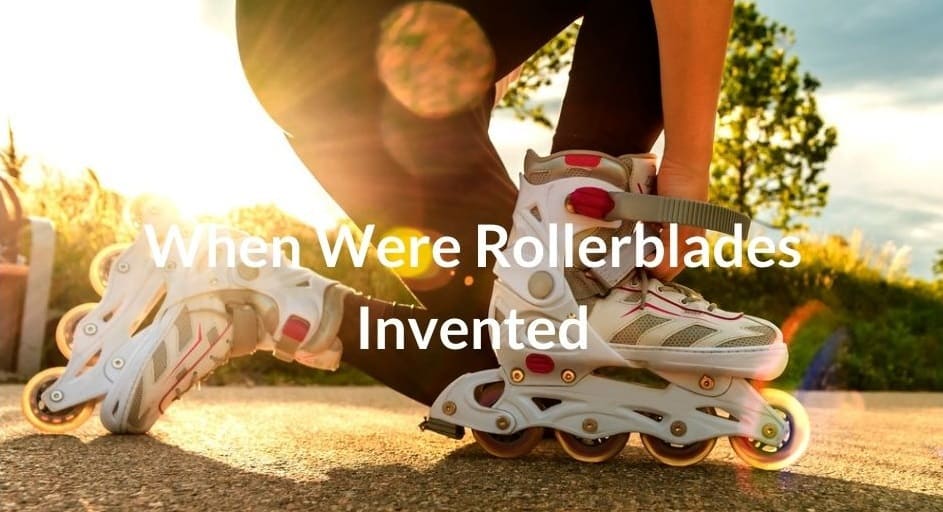 In 1980, modern improvements began to be made to the traditional inline skates. The brand Rollerblade was then successfully established a few years later and inline skates with modern features were developed.

With time, inline skates with heel brakes and made of polyurethane were invented and the standard design has been improved over the years. The company has over 200 patents today and is selling the best inline skates.

If you have ever thought ‘when did rollerblades come out?’ continue reading to learn more about who invented inline skating and how they came to be. 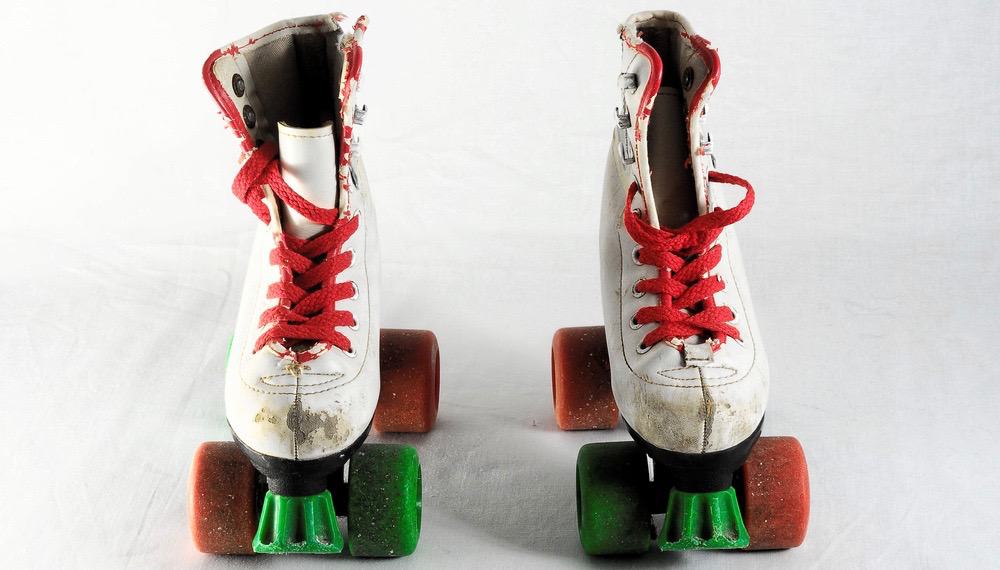 The following explanation shows a clear record of the history of inline skating:

Some people say it is 1743 or 1745 while others say it was 1760 in Belgium where John Joseph Merlin was involved in all trades including an instrument maker and inventor and owning a museum.

During this time, Merlin attached to the bottom of a shoe, small metal wheels and made them the first known prototype of inline skates.

What he failed to do what to include a stopping mechanism. His skate came to a stop when he hit an expensive mirror. Yes, Merlin skates could not stop but it created a stage for modern rollerblading.

The roller skates design continued its evolution through to the 1800s. In 1819 Monsieur Petibled who is an inventor from France was issued the first rollerblading related patent for his three-wheeled skates.

Later in 1863, James Plimpton changed the design by creating a four-wheeled design that is standard, and most inline skates have this feature until today.

He further popularized the skate by creating the New York roller skating Association and opening the very first roller rink.

In 1870, the first skates that have toe-stops were created; this design, however, took many years to catch.

In 1880 manufacturers started using steel ball bearings in skate designs. This improved the durability and made the skates easier to operate.

Roller skating then continued to gain popularity into the 1900s. It took evolution for rollerblades to emerge from their inline cousins.

In 1900, Peck and Snyder Company patented the inline skates with two wheels. John Jay Young patented a clamp-on inline skate that is adjustable in 1905 in New York City.

Many years later in 1980 brothers Scott and Brennan Olsen were finding ways to train for hockey over the summer period.

They browsed through a local sporting goods store in Minnesota and came across an old pair of inline skates.

They realized that the wheel’s positioning was the same as that of an ice skate and wondered if they found what they were looking for.

The Olsen brothers finally started to tinker with the design and made it their own. They started producing new skates under the moniker Rollerblade. 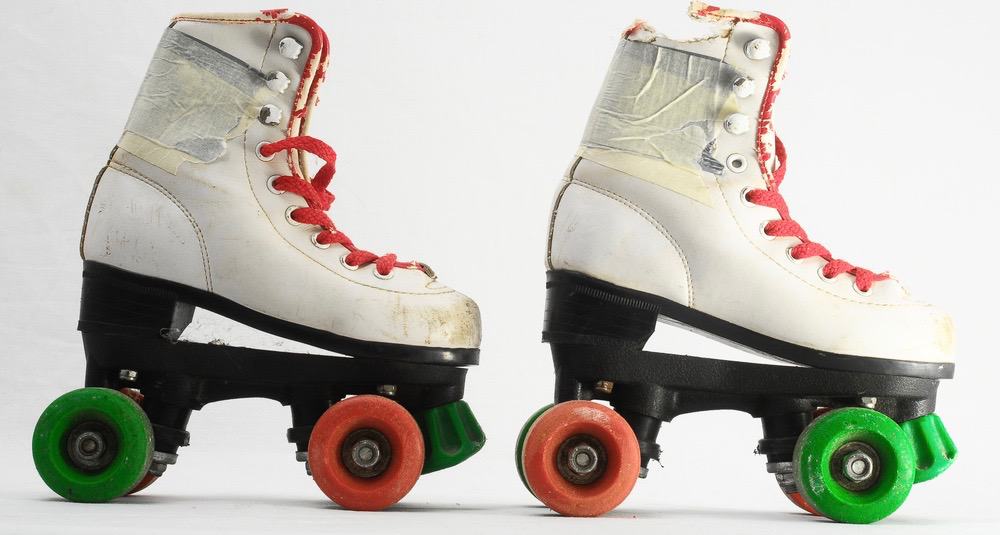 They built these skates in the basement of their parents and trademarked Rollerblade officially in 1983.

The hockey players and Nordic and alpine skiers were seen cruising the streets of Minnesota on their rollerblade skates during summer.

The new design had some defaults to be worked out for the product to gain popularity. These Olsen brothers were a bit difficult to adjust and they used a toe-stop that did not bring the rollerblades to a complete stop as they hoped.

The wheels were also fragile and could easily break. This early design, however, created the way for today’s rollerblades.

After a few years, Rollerblade company was sold to another Company with more funding. The newly purchased Rollerblade perfected the Olsen brothers’ design by adding fiberglass frames and improved brakes making the skates easy to adjust.

The first success of the company was the Lightning TRS, then Marco, and Aeroblade. Marco and Aeroblade were the initial inline skates that made use of the popular fastening system with three buckles.

Towards the end of 1980s, companies began to produce similar design skates. Rollerblades started to be popular with any inline skates, something which became problematic for the Rollerblade Company but later led to its popularity today.

In the early 1990s, Rollerblade made advancements to its skate design. They managed to minimize the bulkiness and weight of their skates by using a thermoplastic resin reinforced with glass in the frame.

In 1993, Rollerblade Inc. created the active Brake technology known as ‘ABT’ where the rubber stopper is affixed to the bottom of the skate using a fiberglass post. This advancement made stopping to be safer.

Over a long time, the efforts of strategic marketing pushed the brand name into the awareness of the public. The skating lovers began using the term Rollerblade for all the inline skates.

This put the Rollerblade trademark in jeopardy. However, as of February 2021, the company still owns the Trademark.

Currently, there are 60 inline skates manufacturers, however, Rollerblade is credited for introducing the first polyurethane wheels and boot, the development of Active Brake Technology that makes stopping easier to control and learn, and the first heel brakes. 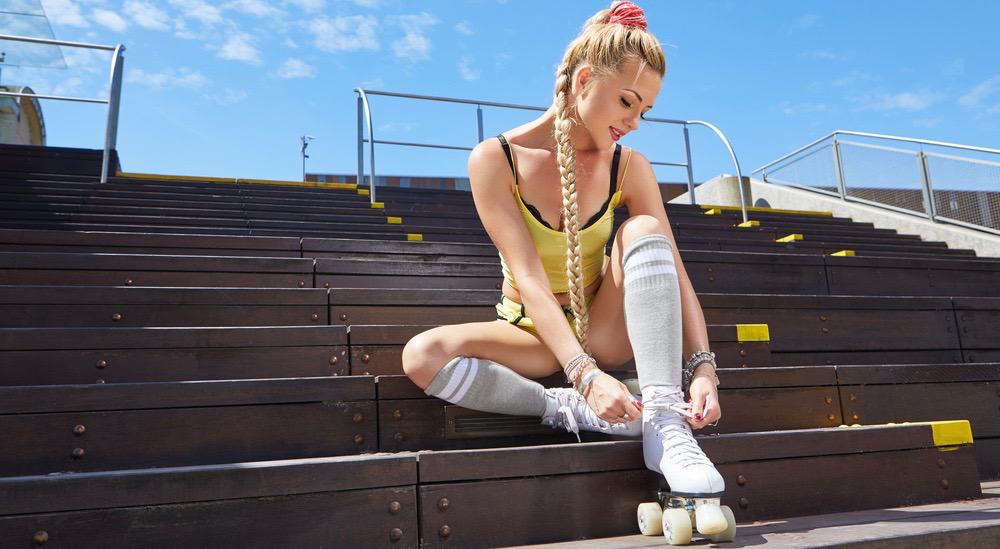 There are six different types of rollerblades since its invention, and this depends on the skating you are involved in and your style as a skater. They include:

Technically, the first inline skates were invented in the 1700s, but the modern design of rollerblades was made in 1980. The brand Rollerblade made the existence of rollerblades possible.

The company is known worldwide and now most people are enjoying rollerblading without consequences.

Hi there, my name is Tom and I have been roller & inline skating since I was a little kid. Learning the sport at such an early age allowed to me gain a lot of experience and try different types of skates. It took me a lot of trial and error to learn some of the roller skating tricks so I decided to share my journey with you guys!

Rollerblade and K2 are both great options if you are looking to have a fantastic skating experience. A comparison between Rollerblade vs K2 will help you choose the best brand that fits your...

If you're anything like me then you love skating outdoors. To do that properly, you will need the best inline skate wheels for asphalt for an enjoyable and smooth roll. Although there are many...

Hi there, my name is Tom and I have been roller & inline skating since I was a little kid. Learning the sport at such an early age allowed to me gain a lot of experience and try different types of skates. It took me a lot of trial and error to learn some of the roller skating tricks so I decided to share my journey with you guys!

How We Test The Products

We intensively research products that we recommend on this website. This is to ensure we provide you with the best insight on the latest available products. We are interested in presenting you with high quality and great value products so to do this properly we spend hours product testing. Our hours spent on product testing focus on different surfaces both outdoors and indoors to give you a rounded perspective.

Jump On Wheels is supported by its audience. We receive a small commission from the affiliate links in this post, at no extra cost to our readers. As an Amazon Associate, I earn from qualifying purchases.